View source
watch 02:56
Raise a Floppa - The Loop
Do you like this video?
Play Sound

For information about the boss "Eto Yoshimura", go to page Bosses

Eto is an ukaku kagune that is considered one of the strongest Kagunes in the manga and anime. It takes the form of a wing with a scimitar-shaped blade extending from the left shoulder in its first and original form. In later forms, these blades get significantly larger. The kagune later develops into a monstrous, body-enveloping kakuja[1].

Eto's Kagune has 4 stages. Stage 1 is the base form, Stage 2 is the first Kakuja, Stage 3 is the second kakuja, and Stage 4 is the improved version of the complete kakuja, or the third kakuja.

The user takes on a large, humanoid form with four large blades coming out from the back accompanied by 9 Ukaku spikes and with two arms ending in a three-fingered hand. The user also has a unique Kakuja mask, with one perfectly circular eye on the right side and three dashes on the left. The user's hair is kept when using this Kakuja. The legs and feet resemble Tatara's, with them ballooning as they reach the ground and ending in feet with two appendages similar to claws. To compensate for the bigger hitbox, the user gets a dash buff.

The user transforms into a massive monster with the unique One-Eyed Owl Kakuja mask and 2 massive blades on each side. The user also has 13 Ukaku spikes protruding from their back. The massive size of the kakuja correlates to a larger hitbox. While using this stage, the user runs 210% faster than normal while also getting a slight jump boost. However, the user is unable to dash. A special feature exclusive to this state and kagune is known as "Obsession": the user will get access to an exclusive menu called the "Obsession Menu" where the user can mark an enemy and get buffs to the E and the R skill when the user attacks their marked target. When the user marks a target, their kakuja opens its mouth and shows its tongue

The 4th and final stage of the kagune uses a pure white color instead of the user's personal colors. Its appearance is close to that of a crustacean although it possesses eight limbs. The forward legs extend out the furthest, the middle legs being similar to the back in being very broad and thick, the final two in the rear are similar to the middle but are more bone-like. Its torso has an appearance of a partially-exposed rib cage with the kakuja's "flesh" appearing to be more taught. The back also is similar to the front as the spine and back of the rib-like structure are visible. From the back protrudes four symmetrical horn-like growths. Its texture around its entire body is similar to the interior sections of the Tsukiyama kagune. The arms end in two pincers similar to that of a crab or lobster. The head is similar to that of Eto’s Stage 3 kakuja with the exception of lacking a tongue and having sharper, more pronounced teeth. 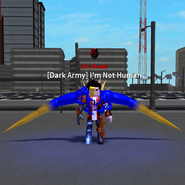