View source
watch 01:54
Arcane: League of Legends - The Loop
Do you like this video?
Play Sound

One of the four starter kagunes, Touka is built for close to mid-range combat, with an ability to shoot crystallized shards which can attack enemies from a distance. It can also be used in close range combat with its other moves too. Ukaku is a hit and run type of attack class as its attacks are for running and hitting.

Touka Kirishima is one of the notable ghouls that possesses an Ukaku kagune. It can be crystallized and de-crystallized at will.

There is only one stage to Touka. 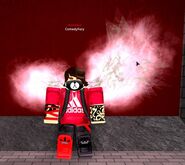 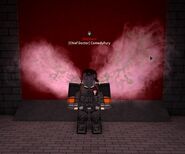