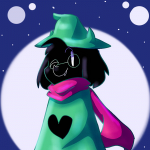 My Roblox username is CatCatcher2000, my nickname is Mr. K, and I don't go on Roblox often. I watch some anime, mainly Tokyo Ghoul, Tokyo Ghoul:re, Attack on Titan, and Boku no Hero Academia. I am Russian, Italian, French, Spanish, a bit of English, and barely Irish. I enjoy canoeing, cooking(badly), and, obviously, playing video games. I play a bunch, so here is a list. [My CCG pic is outdated, I have Demon Yamada and Proto-Arata B4]

I have an eye infection, so thats why my eye is messed up, rainbow scone hair, and a dust mask that keeps me from eating the hair, and under that mask, I am smiling, trying to get a taste of my scone hair. I also have a kidnapped cat with a tie, and if it does anything unnatural or tries to move, or run, it will be choked.

I started playing Ro-Ghoul when centipede was first released, as the first kakuja. I had heard about it from Flamingo, a popular Roblox youtuber. I had kaneki, and the codes helped me level a bunch. When I finally wanted to get centipede, I grinded for a week or two and finally got it. Back then, I was the standard for pro. I was amazingly good at the game. I don't remember my alias, but it had something to do with stripes, since I had the horizontal stripes mask. I ran around, RKing people, and you can't forget who helped me get there. I had a friend, MasterAbbyjayboy. He's a really unpopular youtuber, and he has gotten a new account now, but I couldn't have gotten there without him. I decided to buy Eto, with robux, and I was even more of a killing machine. Eventually, the standard grew, and I wasn't very much of a pro anymore, but I was still good. I got Noro with Yen and wasted my RC, (I still think that was a horrible decision), when it came out. I grinded on my VIP server with my friends on it. Eventaully, Jason came out at about 2:30 AM, (2:30 in French time), and I was one of the first players to get it. After a week of grinding, I finally got Jason, and it was fun to throw people around. And then, I got bored of Jason, and I decided to go back to Eto, with Yen. So, in a public server, I went to change my kagune. There was a new player there, and I decided to put some of my Yen to use and show of, buying 5 different kagunes, showing them to him, then getting Eto. Later, I did a huge swap between Eto, Noro, Touka, and Tsukiyama, but Tsukiyama is what I have now. I like the nice dashing movements that go along with it. Well, that is my history in Ro-Ghoul.

Thanks for getting down here! If you want something, or have any questions, send me something on my message wall!

For now, here are some memes I made. Looks like Comedy has some meme making company. 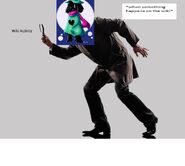 Since I am always scouring the wiki activity, I made this. 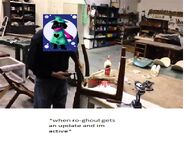 Since I try to get as much of an update in as possible once it happens, I made this.
Add a photo to this gallery
Retrieved from "https://roghoul-rblx.fandom.com/wiki/User:RobloxFan1289?oldid=9761"
Community content is available under CC-BY-SA unless otherwise noted.